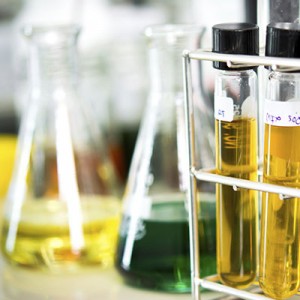 Jojoba is best known for its use as a body care product. However, research has shown that its properties make it an excellent additive in other fields. It is particularly adept to use in industrial applications, such as in auto and machine lubricants, varnishes, adhesives, rubbers, protective coatings, and anti-foaming products. It has a high oxidative stability and high smoke, flash, and boiling points, all of which are vital to use in an industrial environment.

It also has been used for centuries as a medicinal product when treating skin conditions. It has been used as sun protection, an anti-inflammatory, and even to treat acne and psoriasis. When it has been tested, no allergic reactions were reported, making it ideal for those with sensitive skin.

As the human body cannot metabolize it, it has the potential to be utilized in the preparation of low-calorie foods. The by-products of its production can even be used as animal feed on in the creation of biodiesel. There are also those who use it as a cooking oil; it works well in this capacity as the body does not convert it to fat as it does with other oils. Instead, it passes through the body undigested.

The by-products of jojoba can be used as animal feed. The meal that results from milling the jojoba seed can be fed to a wide variety of animals, particularly animals in the areas where the seed is farmed, as other sources of food are scarce.